The best Evernote alternative and helper in 2019

Evernote has been well-known as the one of the best online note-taking software for an individual or a team. Evernote is great. It helps tons of people capture thoughts in the world. However, due to lack of some features, like Markdown, code highlight, a large number of users are looking for the alternative.

There are some free Evernote alternative. They probably may meet your different requirements.

All of them are good Evernote alternatives. But before you start to migrate your note to another service, think about that, do you really need another alternative? Evernote is not perfect but it is still a great note-taking software. It's just lack of some features. 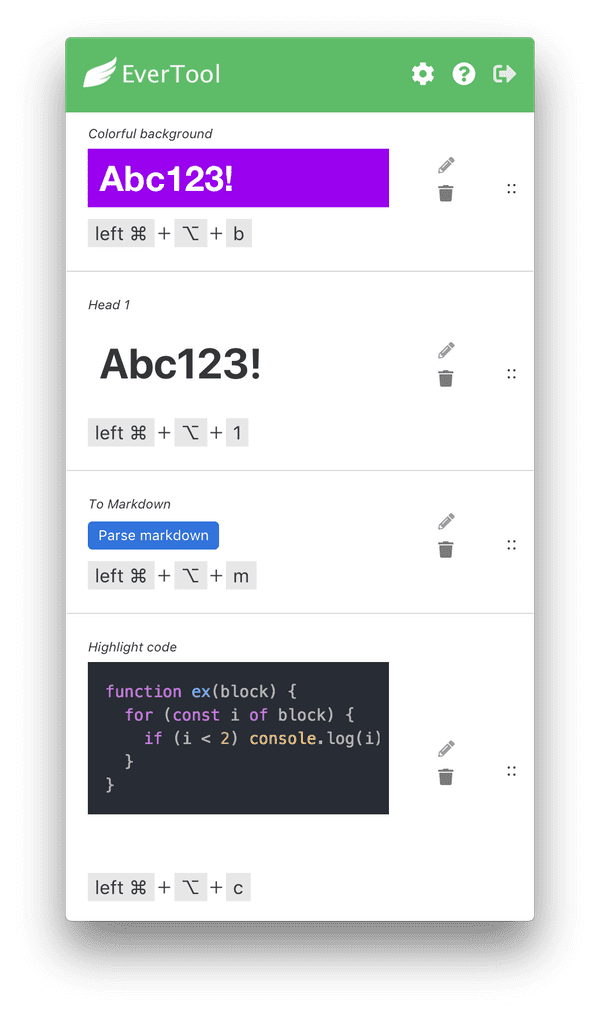 EverTool is an Evernote helper. It provides bunch of useful helper to enhance your Evernote productivity.

Join other thousands of happy users to improve your Evernote productivity!